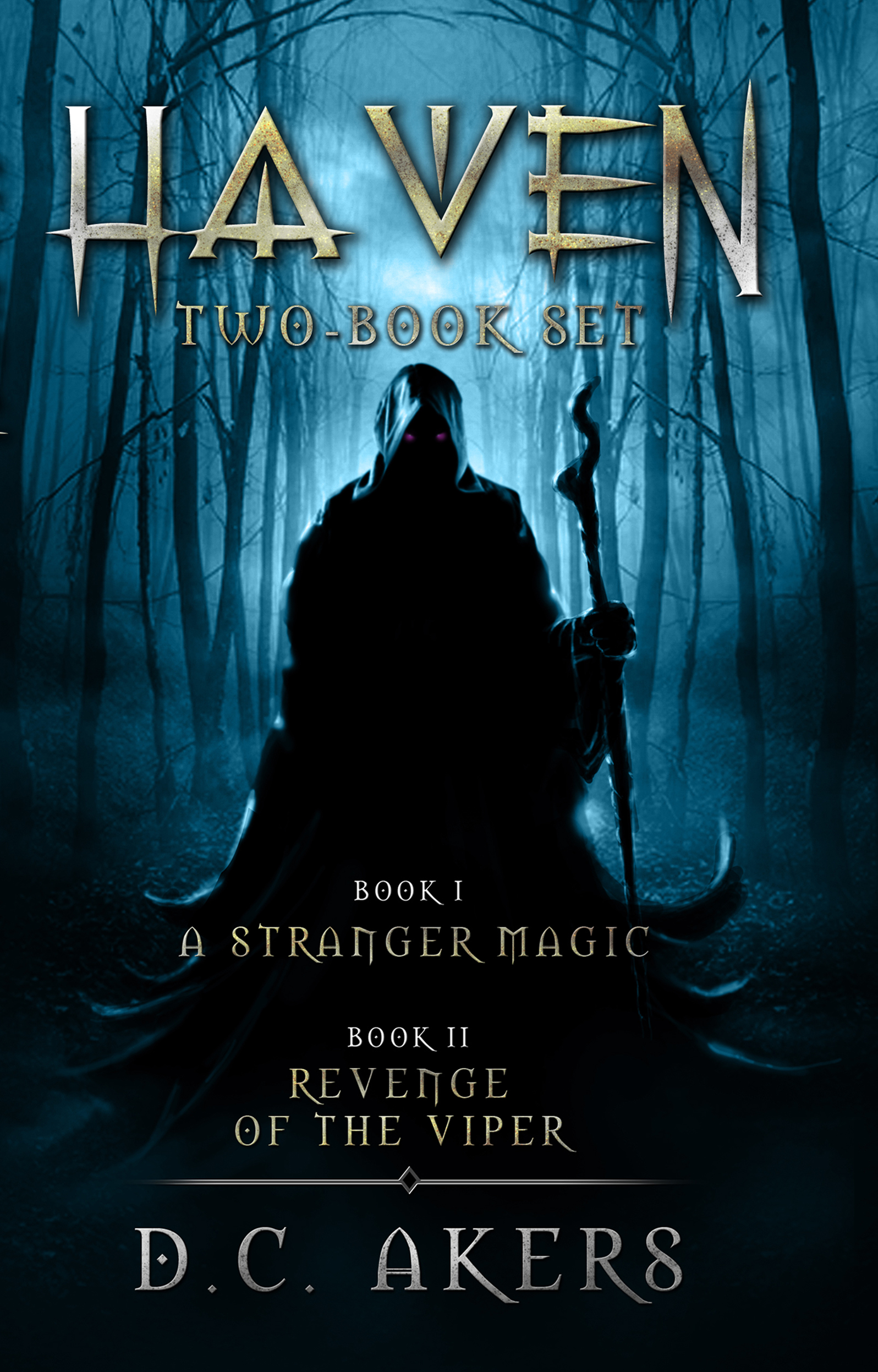 I don't have a favorite type of book, or favorite genre, I kinda just grab whatever catches my attention. Haven has done just that. The cover originally was what I saw and I was interested in reading the book, the series. The Haven series are easy to follow along with, which I love because being a stay at home mom I tend to get sidetracked, I start reading and I have to stop. I like to be able to read and if I have to stop I know where I left off. There is no confusion between the books I have read and it is easy to go from one to the next. The story lines are very well written. The book, and series, is full of suspense and kept me interested and wanting to keep turning the pages.
Personally I would recommend these for adults as well as teens. Anyone interested in sci fi would love these books.
In Haven Book 1 you learn about Sam and his life. You learn about his mother that does everything but too busy at work,  and his sister that seems to always be picking on him. There is a magic surrounding the family though and Sam wants to basically discover it. His sister has special powers that he was unaware of.
In Haven Book 2 you continue the journey but with more adventure. There are witches and vampires, goblins and other crazy creatures. The story becomes more about the supernatural. It definitely kept me interested and hoping that it continues as a series.

From the book/author:
"This series is more than just an adventure; it's about self-sacrifice and overcoming tragedy. It's about Sam leaving behind the person he thinks he is and becoming the hero he was meant to be. People tend to forget that most heroes are forged from great suffering and Sam Dalcome is no different."
Haven Series Collection (Books 1 & 2)
Known as a place of refuge, Haven is a sanctuary for those with supernatural abilities. Decades of peace between the Witches, Vampires, Goblins, Elves, and Orcs is coming to an end. Now the once tranquil world is shrouded in deception and corruption. Dark secrets tear at the very fabric of their alliance, giving way to an evil that stirs in the shadows. Exhilarating and utterly gripping, the HAVEN series is an action-packed journey full of suspense, magic, mystery, and intrigue.A Stranger Magic (Book 1):Sam Dalcome thinks he is so completely average that no one ever notices him. Until he discovers a mysterious stranger outside his home. Bewildered, he tries to uncover the stranger’s intentions. But Sam is sidetracked when he and his friend Travis discover a secret passageway deep in the town’s quarry that leads to a hidden cavern. What they uncover next will not only change their lives forever, but will uncover the first clue to a deadly Dalcome family secret. Sam finds himself drawn into a world of mystery and magic he never knew existed, which brings him closer to a destiny he never knew was possible. Revenge of the Viper (Book 2):The Great War of Haven ended thirteen years ago but Alisa Dalcome is about to discover that the war did not end for her. Placed on Earth as a sleeper agent for the Majesty of Haven, Alisa had one objective—protect the portal keys at all costs. In the wrong hands the magical keys could jeopardize the safety of everyone on Haven. But Alisa’s relocation was more than just Majesty business; it was also a chance for her to escape her enemies, enemies that still wanted her dead. Alisa wasn’t thinking about herself when she left Haven, she was thinking about her children Sam and Sarah. The Great War had already taken her husband Rylan; she would be damned if she would let it take her children too. But what Alisa didn’t count on was her inquisitive son Sam and his friend Travis. Sam’s world has turned upside down after discovering magic is real. After barely escaping the caves Sam begins to piece together the past day’s events when he stumbles onto his mother’s secret past. With the clues mounting, Sam must dig deeper to uncover the truth that could change his life forever.But Sam doesn’t realize that his mother’s past has already caught up with them. Hidden within the shadows nearby is Haven’s most malevolent predator—the Viper. A hunter forged from the blackest of magic, it watches, waiting for the perfect moment to strike. Can Sam uncover the truth in time or will his mother’s past collide with the present placing them all in grave danger?

Haven is currently on Amazon, under $5.00 so get your copy now!

I received one or more of the products mentioned above for free using Tomoson.com. Regardless, I only recommend products or services I use personally and believe will be good for my readers.
Labels: Books D.C. Akers Haven now reading Review sci fi teen reads Tomoson