We have seen all the Car movies so when I found out the cars were touring I decided we were going to take a day off and drive over to Disney Springs. We have not seen the Cars characters since we went to Car Masters Weekend so I did not want to miss out on this one. The Cars 3 Tour is started off in Disney Springs on March 23rd and is making its way through the US to Sonoma California on June 25th.


Because we went on Friday early afternoon(ish) it wasn't too busy. I assume the weekend events will be busier but that can be said for just about anything on the weekends. The event in Disney Springs is held over by the Once Upon A Toy.


Activities include::
-Photo opps with 3 of the Cars characters :: Jackson Storm, Cruz Ramirez, and Lightening McQueen. Thanks to Mack Trucks for getting these Cars safely to and from each event. Disney photographers are there taking pictures and handing out photopass cards but you can also take your own.


-Coppertone Pit Stop where children can become part of the pit crew and help with changing tires.
-Alamo Rent A Car has a coloring station with a giant coloring mural and once you are done you can get a free pack of mini colored pencils/crayons.
-Mattel has an interactive play area with different Cars racing sets to play with. There is also a display of a collection of die cast cars.
-Crest & Oral-B have a digital postcard activity and a Piston Cup prize wheel where you can win Cars themed toothbrushes, toothpastes, and tattoos. (One spin per family at the Disney Springs event).
-Dole was whipping up a delicious Cars 3 inspired High Octane Pineapple Smoothies. 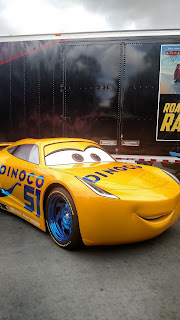 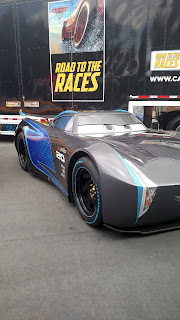 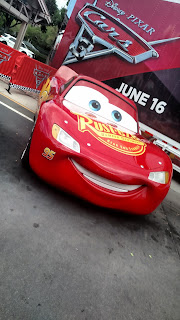 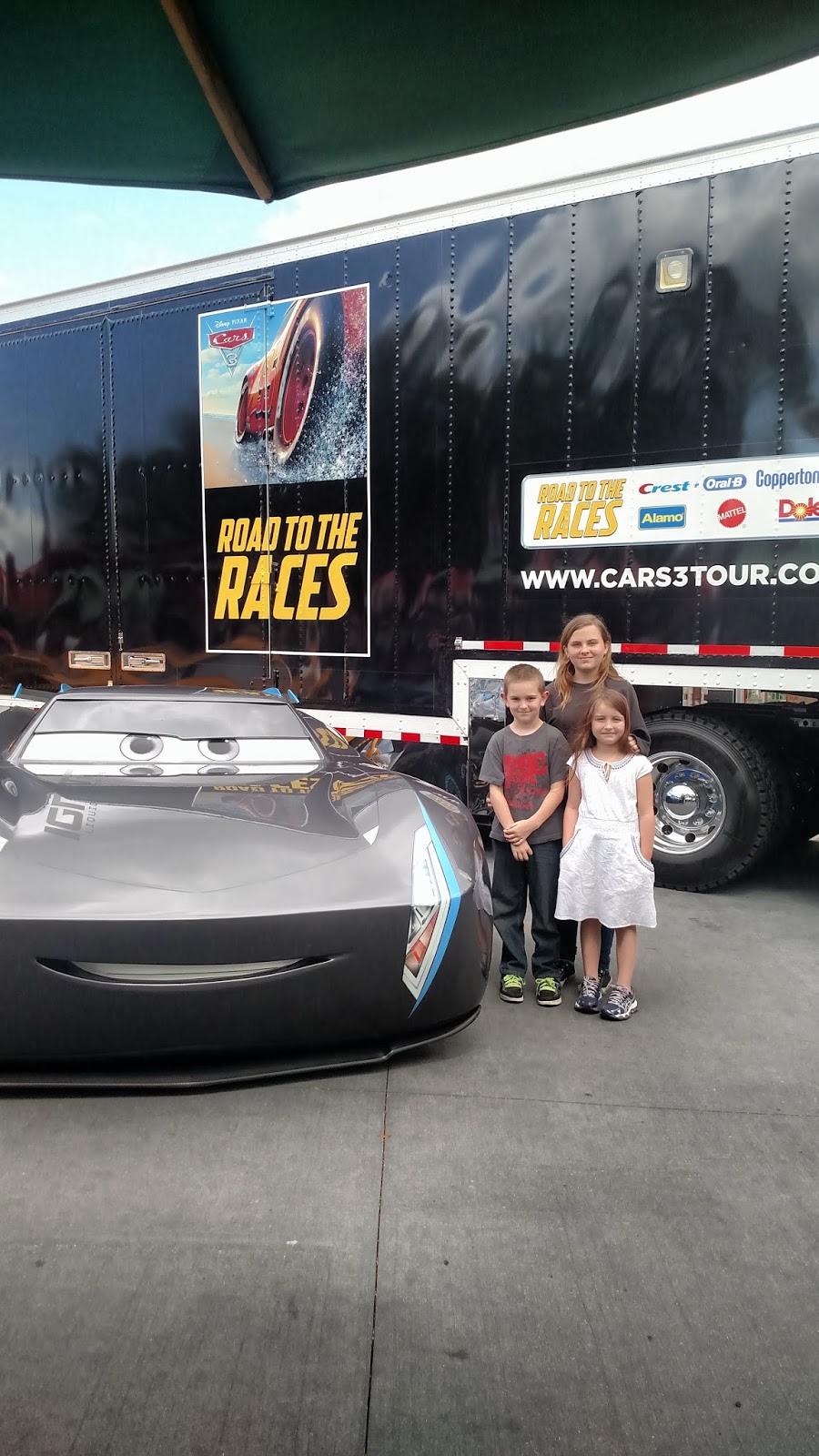 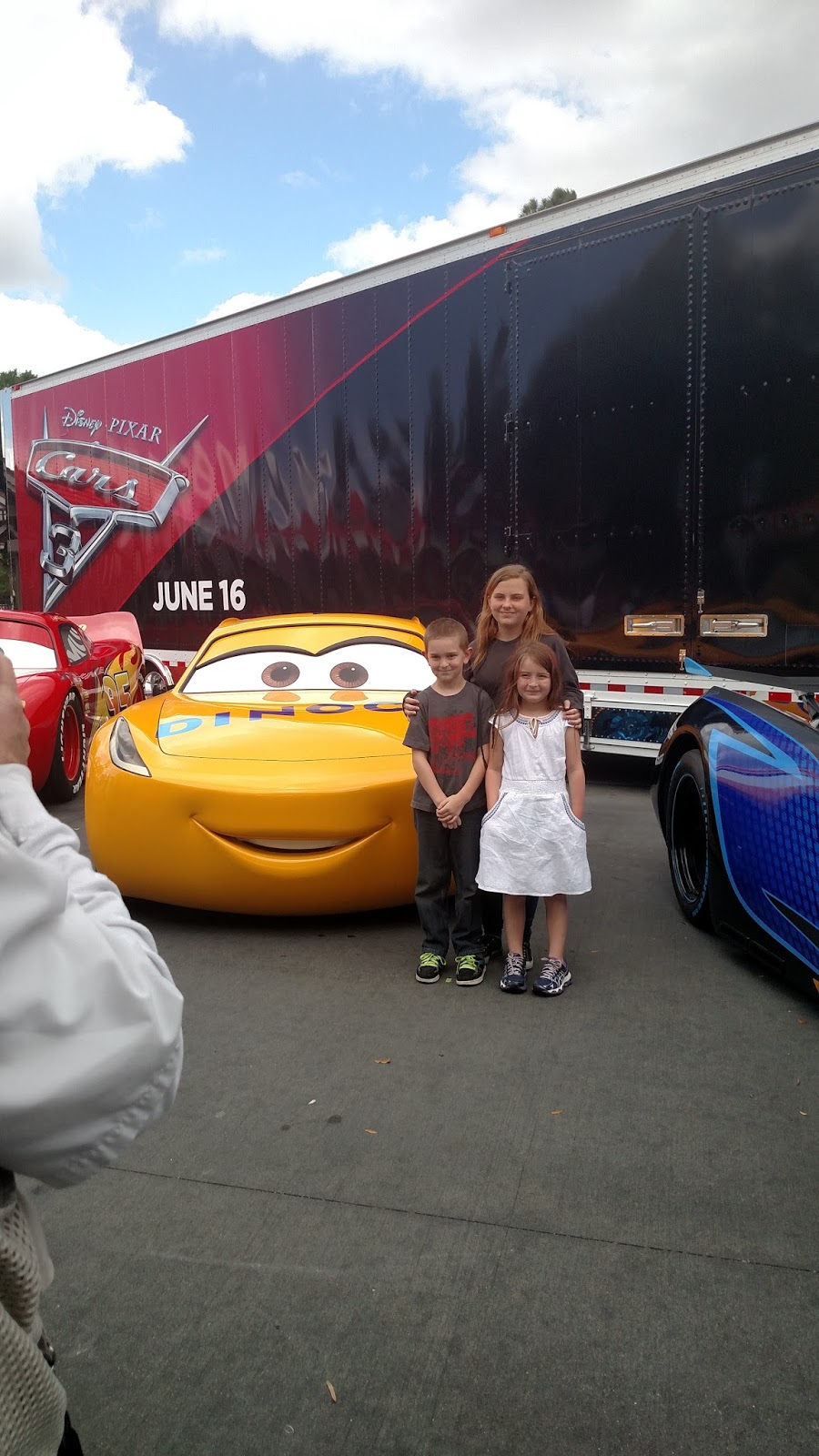 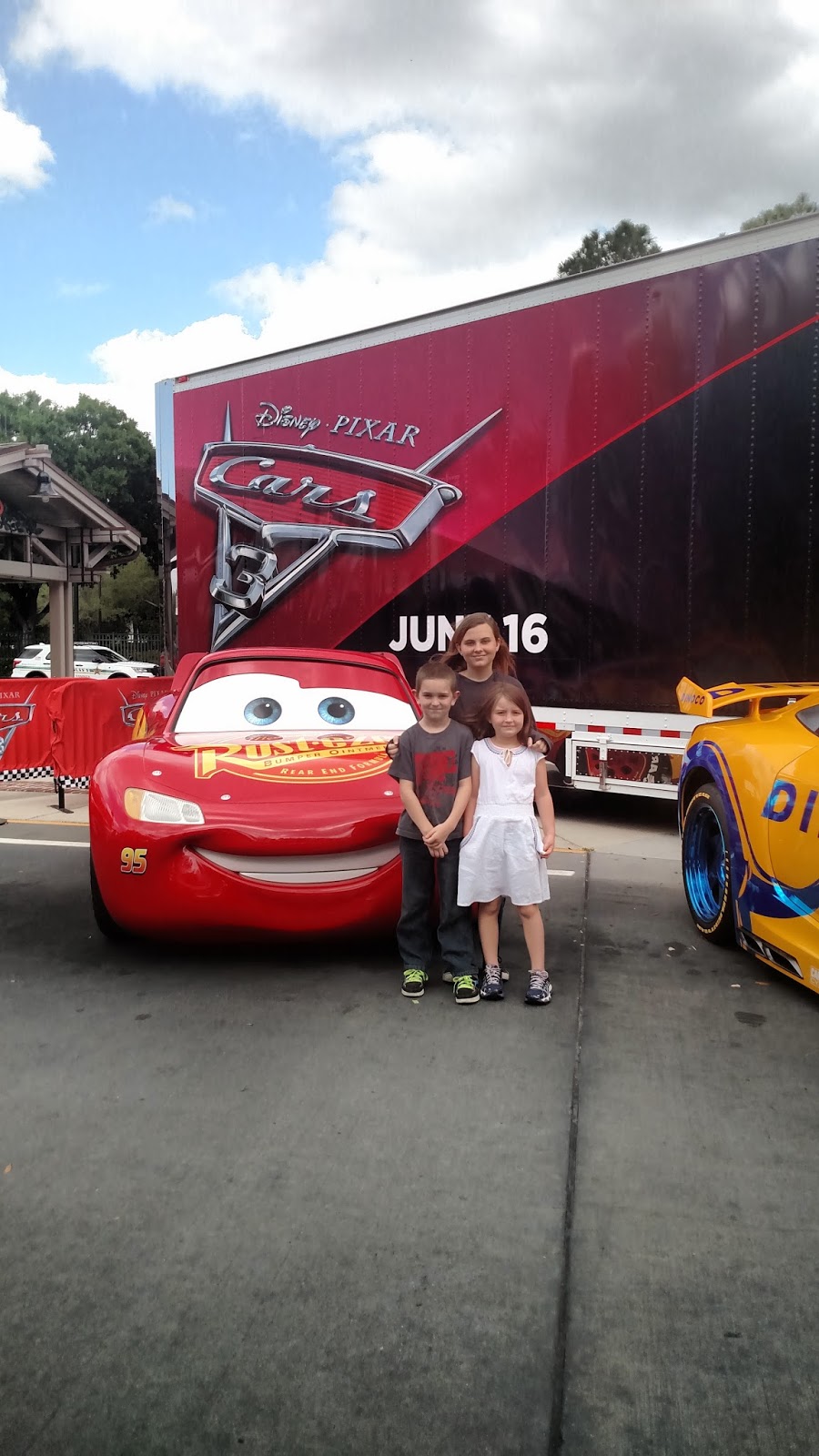 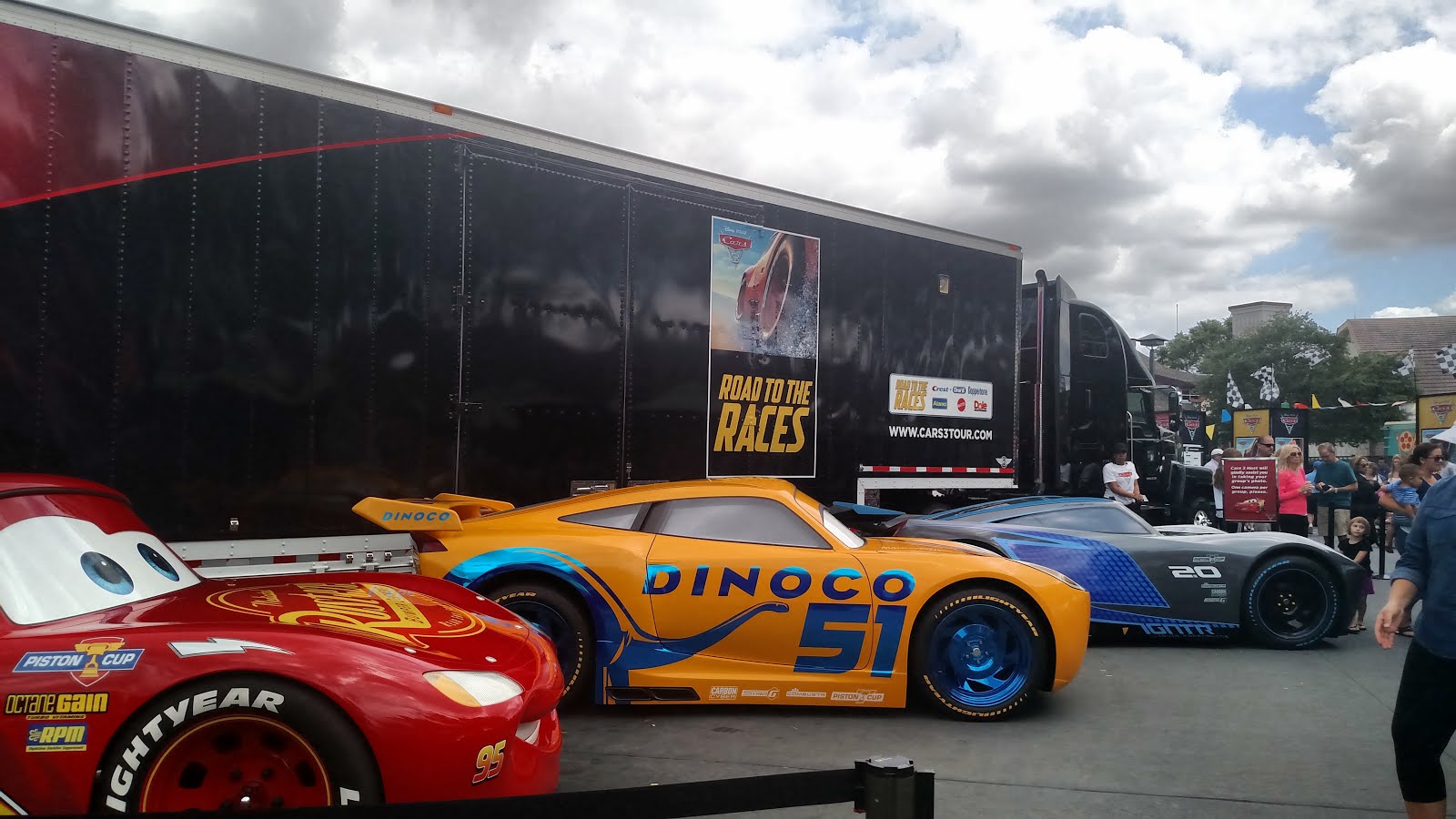 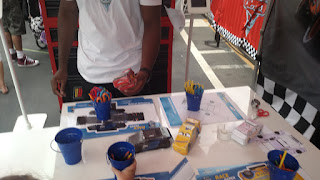 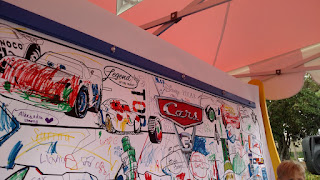 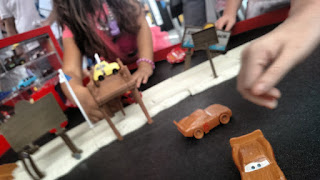 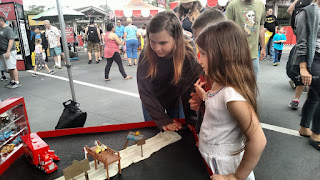 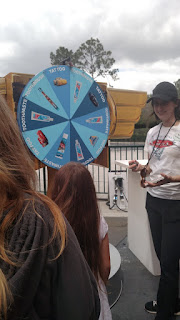 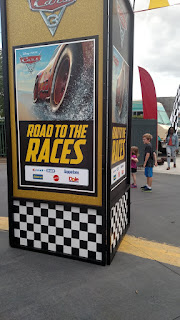 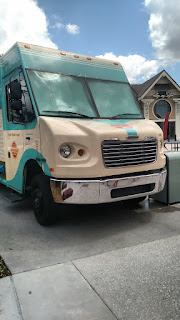 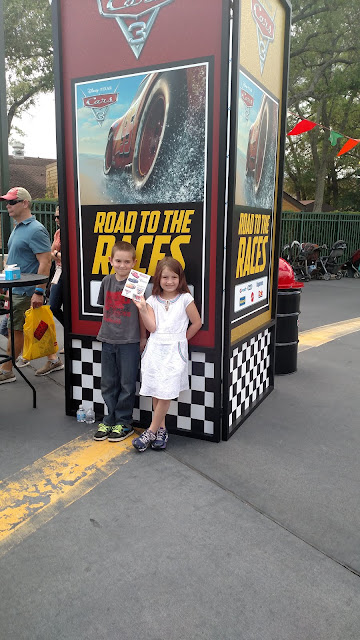 Here is a list of the tour dates and cities but you can get the full line up and more information on the tour here :: Cars3Tour 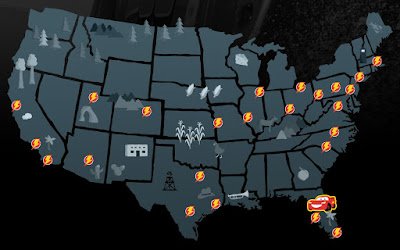 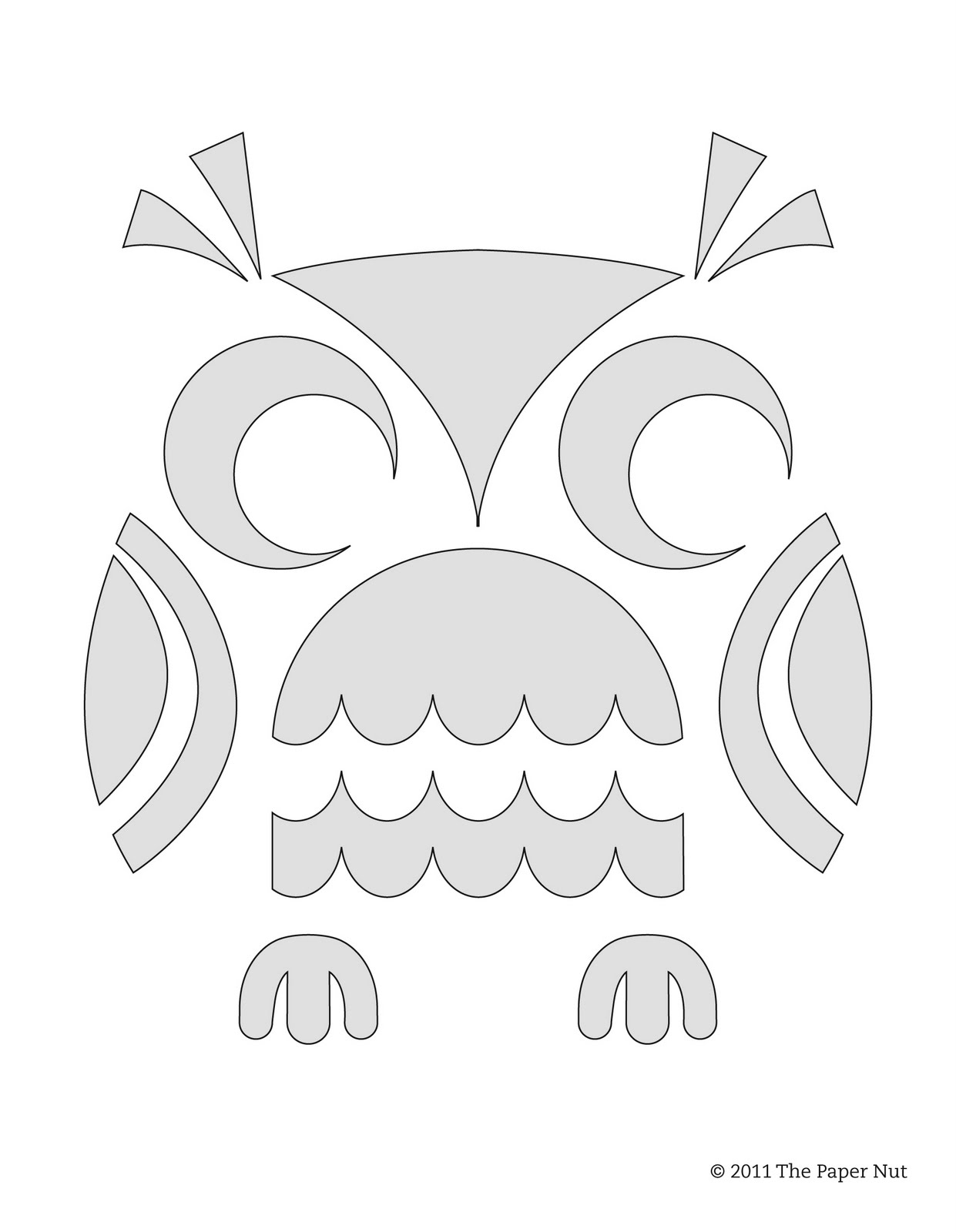